In a previous post, we shared our affinity for ZeroTier:

...a self-contained network virtualization engine that implements an Ethernet virtualization layer similar to VXLAN on top of a global encrypted peer to peer network

This post doesn't go into all of the many reasons we love ZeroTier, but it's certainly one of our favorite network security tools for little reasons like this:

...packets are end-to-end encrypted and can't be read by roots or anyone else, and we use modern 256-bit crypto in ways recommended by the professional cryptographers that created it....

In this long overdue post, we'll share a few tricks that we use to heavily secure our own ZeroTier networks to not only restrict communication to authorized hosts on a directional basis, but even capture and inspect packets! 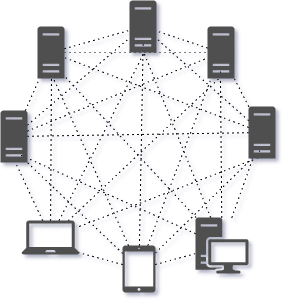 CONTROL ALL OF THE TRAFFIC!

One of the most powerful features of ZeroTier is its "flow rules." Example network flow rules can be found in ZeroTier's documentation.

Flow rules are how we strictly whitelist systems that are allowed to talk on certain networks, such as the OpenSOC.io Blue Team CTF @ DEF CON 26, where we had nearly 300 participants threat hunting in our environment from anywhere with internet access.

The follow snippet is similar to the actual flow rules used at DEF CON last year to keep ~300 participants from "vuln scanning" one another :) You will notice that the rules support comments which is very helpful for annotating the purpose of a particular block of rules.

You might notice that we have explicitly whitelisted a list of destinations which means that by default, traffic between clients on the network is prohibited as it does not match the flow rules defined prior to the break rule.

TAP ALL OF THE TRAFFIC!

Another incredibly powerful feature of ZeroTier is the ability to tap the entire network regardless of how widely distributed its nodes are. Using the tee ability within a flow rule essentially copies every frame sent/received by nodes on the network and sends it to a node of your choice such as an IDS or full packet capture solution such as Moloch.

The tee action in ZeroTier is similar to the tee command in Linux.

Send a copy of up to the first length bytes (-1 for all) to a ZeroTier address.

This is what tee looks like inside of a set of flow rules...

The snippet above uses tee to copy full-length packets (hence the -1 length argument) to ZeroTier node 8e30f50a25 which is a Suricata IDS in our instance.

Sure beats a span port!

In addition to the "tapping" of all traffic in this example, we've explicitly whitelisted "The Gibson" by its ZeroTier node ID a4cd9aef46 as the only system allowed to initiate traffic as the ztsrc on this network. This moves us closer to a zero-trust model where even if one of the other nodes became compromised, they are disallowed to communicate with other nodes.

VERSION CONTROL ALL OF THE RULES!

With rules that are as simple as a bash script, it's incredibly easy to store them in a version control system like git, which is exactly what we do.

Eric is the CTO and co-founder of Recon InfoSec. He is also a certified SANS instructor of Digital Forensics and Incident Response, and a former Cyber Warfare Operator in the Texas Air National Guard.